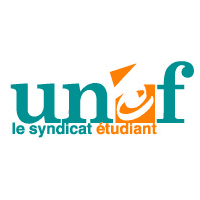 UNEF is independent from political parties but is promoting democratisation of higher education within an open, inclusive and free public service. For the UNEF education is not only a public good but also a way of economical and political emancipation. UNEF was leading the demonstrations against the CPE (First Employment Contract) in 2006 and is so part of the social movement.