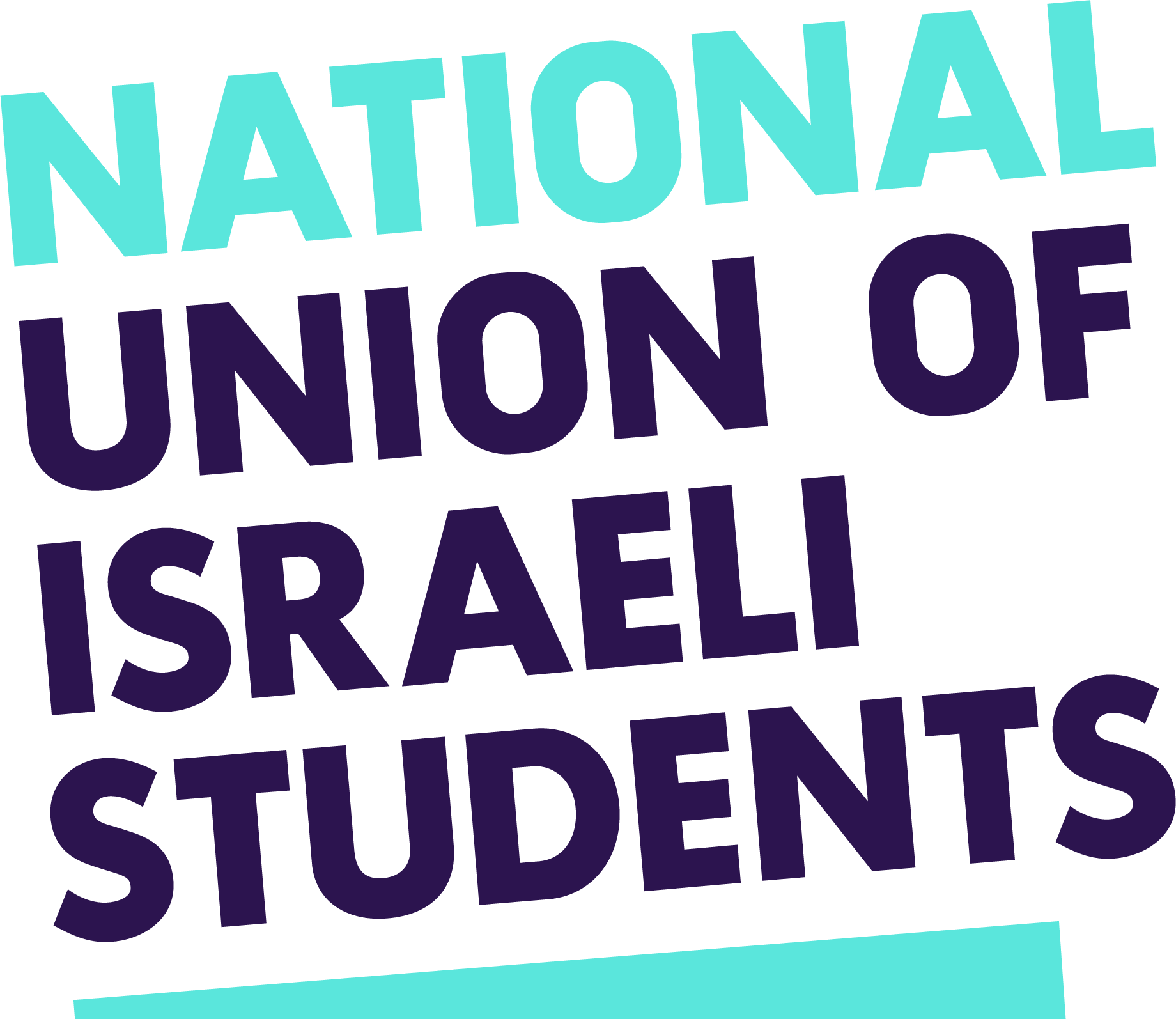 The National Union of Israeli Students (NUIS) is the largest and sole organisation representing over 300.000 students in 64 higher education institutes and vocational schools in Israel. We believe the young public in Israel, comprising almost half of Israel’s population, is the living force of society, both now and in the future. It is our responsibility to form, build, and promote values of equality, dialogue and acceptance.

The Student Union’s activity is widespread and includes a variety of activities portraying its worldview regarding the students’ role, responsibilities and benefits within the Israeli society. The union is composed of professional departments enacting the decisions made for and with the student community in addition to local student unions in each of the higher education institutes. The central role of the union is to protect the students status and rights while at the same time strengthen its social purpose as the leading body driving lively activity among the general population – to which the citizens of Israel were exposed during the social protest of 2011 and over the years that the union has been involved in many social projects that have demonstrated their benefits in Israeli society.

NUIS was established in 1934, before the establishment of the state of Israel itself. At that time, only two academic institutions existed in the land of Israel, the Hebrew University of Jerusalem and the Technion Institute in Haifa. On several occasions, assemblies of numerous students were brought to unite and discuss the urgent topics at the time, such as the well-being of students, several riots that were aimed towards the Hebrew University students, up-rising fascism in Europe and more. Delegates from these institutes gathered to make decisions on behalf of all students at that time. All the participants of those assemblies had an ideological background in pioneering and hard work and students were eager to promote these values, the participation of students in the decision-making of the academic institutions and to receive financial support from the leadership of the country. At one assembly a decision had been made to establish a national union that would represent all students in the territories and make sure to publish all their articles and papers around the world. A year later, the students’ institute published a newspaper that aimed to be the speaker of the students’ voice.

In 1940, the students institute declared a strike in the academic schools in order to protest the fact that not all youngsters at that time had the access to higher education. Ten years later in 1950, the union reassembled for the first time representing the state of Israel and further discussed the issue of opening the gates of the academic world to all sections of the population and strengthening the relationship with Jewish students around the world.

In 1963, a decision to have an annual ‘Students’ Day” event was taken. Also, a fundraising campaign began to help the student community in South Africa who suffered from the Apartheid government at the time.

In 1978, NUIS initiated an assembly of students from the Arab world; Palestinian, Egyptian and Tunisian student attend that assembly. Throughout its existence, NUIS attended and created various struggles and protests calling for the Israeli government to make sure the Israeli society is being democratic and caring for its citizens. Topics such as affordable living, sexual harassments, students’ tuition and many more are always on NUIS’s agenda.

NUIS is proud that three of its former chairpersons are currently members of the Knesset; the Israeli Parliament (August 2013).

NUIS’s team is working hard to encourage research, development and entrepreneurship, putting the topic of higher education on top of the public’s agenda, including accessibility of higher education to all with an emphasis on ethnic minorities and immigrants.

Taking care of the students’ welfare and livelihood, including making sure the students’ voice is always heard in society. NUIS is protecting society’s right to a good and quality higher education that creates quality employability for fresh graduates, so that they will give back to society and enrich it.

Due to the sensitive area Israel is located at, NUIS has put a strong emphasis on a mutual dialogue in and outbound of the country’s borders. Good and stable integration of the different nations and cultures that live here are highly important to us, therefore we encourage values of a society that respects the other.

NUIS’s vision is to form a national body that represents all the students in Israel, to be attentive and available to their entire needs; social, academic and financial. NUIS will shape the leadership of the future and make an impact on the public’s agenda in all fields, focusing on education and higher education. NUIS will initiate and lead social projects that will promote the social periphery and increase the social involvement in Israel, particularly amongst students. NUIS will form a model of excellence in public management by acting according to full transparency, accountability and democracy values.

NUIS will unite and empower the various local unions and will support their every need.

NUIS will maintain strong and fruitful connections with various young organisations within Israel and around the world, due to the importance of cooperation, knowledge exchange and friendship.