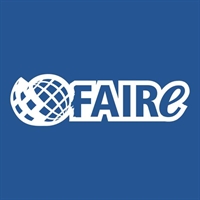 FAIRe was founded on 21 May 2001. With 12 years of history, FAIRe has represented its associated Portuguese local students’ unions in several international events related to higher education and the international students’ movement. Throughout these 12 years, FAIRe has established itself as a member of the European Students’ Union and also as a founding member of MedNet – the Mediterranean Network of Students.

The mission of FAIRe is to provide formation opportunities for its associate members as well as to give information and technical support. FAIRe also represents its members at the international level and promotes the internationalisation of the students’ movement.

FAIRe has been defending students’ interests in all areas related to higher education. As an umbrella organisation, this goal is achieved not only by its international representation but mainly by the capacitation it gives its members. Strategically, we believe that stronger local students unions lead to a better higher education and it also helps FAIRe’s growth at the international scale.

In order to achieve these objectives, FAIRe envisions itself as a political structure with two different dimensions of intervention. Nationally, FAIRe has the goal of expanding its infrastructural ability in order to better support its members. But the political support is the main concern. Collecting knowledge and experiences outside Portugal and comparing it with the information within borders; processing this information; providing training and giving technical support are the best ways to grow local students’ unions and FAIRe itself. Internationally, we have a political representation and intervention at different levels, within the Mediterranean area, Europe and the Portuguese-speaking countries.