Brussels – Last Thursday, the European Students’ Union (ESU) hosted the second consortium meeting of the project BSWE FORward (Bologna with Stakeholders Eyes For a Stronger Future of the Bologna Process), one of the several Erasmus+ projects of the organisation and its partners, which will finish in May 2022.  The project facilitates cross-disciplinary and cross-border collaboration to enable higher education to play its full role in addressing the challenges that affect our societies and, above all, to confront the BWSE publication’s findings and the results of the mutual learning activities related to the Bologna Process implementation.

Besides the hosts of the event, representatives of the following consortium organisations also participated in the meeting:

Apart from team building activities, the last meeting aimed to present the most relevant findings resulting from the previous edition of the BWSE publication and planning of the next steps of the project linked to two Peer Learning Activities.

Focusing on the results of the last BWSE edition, based on a survey of the 40 national unions of students from all over Europe, it draws attention to some problems in 9 areas: structural reforms, quality assurance, recognition, internationalisation and mobility, student-centred learning, student participation in HE governance, social dimension, financing of HE, and future of the Bologna Process.

The most severe challenges in these areas include the different pace of implementation of the National Qualifications Framework, ECTS and the Lisbon Recognition Convention, different approaches to student-centred learning between countries, problems related to academic freedom and the role of students in decision-making processes, disproportion in the rights of international students and issues related to the tuition fees. At the same time, the students’ unions also pointed out the advantages of the process, such as the increased interest in quality assurance processes.

The future of the process itself is also a significant issue. The 2020-2030 decade should be a decade of completion, support and improvement of implementing the Bologna reforms by its members, particularly by building trust through cooperation and solidarity, sharing information and acceptable practices, and evidence-based policymaking and development. The process also needs analysis and enhancing listening and consultative spaces.

One of the platforms for discussing the topics mentioned above will be the upcoming Peer Learning Activities, which will be attended by representatives of countries with the most serious difficulties in implementing the process.

They will be linked to the analysis of four areas:

These activities will be one of the essential activities of the final conference to crown the project. 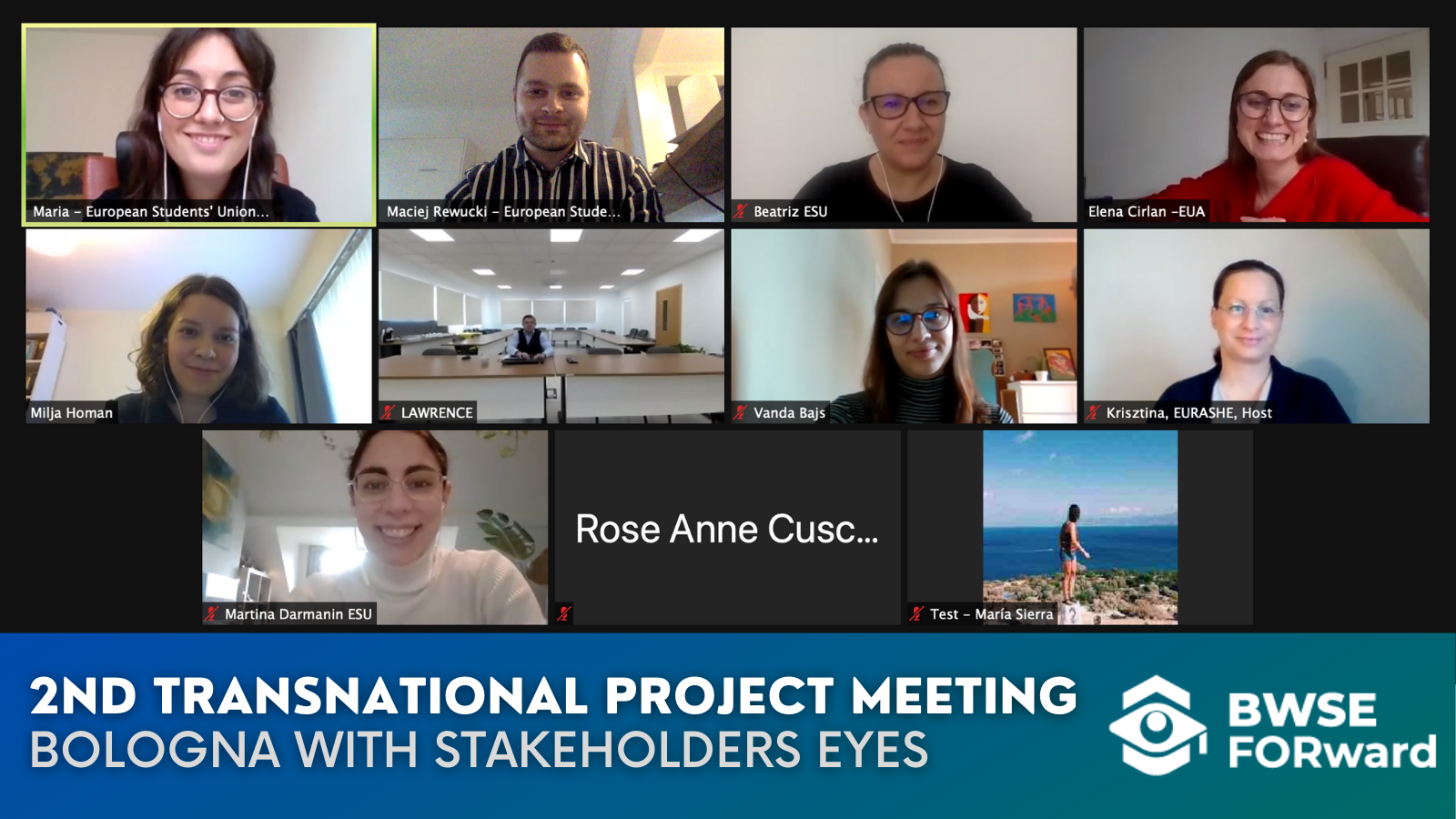 The European Higher Education Area (EHEA) and the Bologna Process are voluntary processes building an area with common tools shaped as higher education reforms to foster mobility and employability.

The European Students’ Union has been reviewing the Bologna Process’s implementation since 2003 with the Bologna with Student Eyes (BSWE) publication to bring students’ voice to the Ministerial tables.

This publication explores the perception of implementation amongst ESU’s members operating in the EHEA countries. It seeks to bring attention to the students’ priorities and recommendations for the Bologna Process’s future.