BRUSSELS – A revised version of the Standards and Guidelines for Quality Assurance in the European Higher Education Area, often referred to as the ESG, has now been published. The Bologna Follow-Up Group (BFUG) endorsed this version at a meeting in September 2014.

The revised version will be a subject to approval at the Ministerial Conference of the Bologna Process to be held in Yerevan, Armenia, in May 2015. 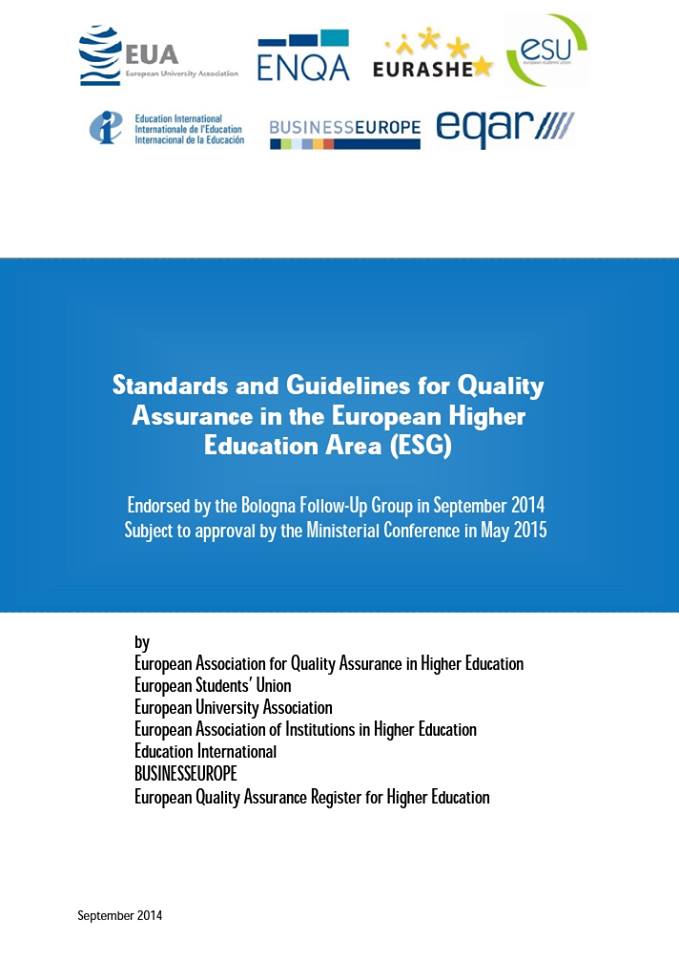 Several consultation rounds were organised as part of this process involving both the key stakeholder organisations and ministries for higher education. Those comments, proposals and recommendations were very useful and extremely important for the revisio process. They were reflected in the revised version.

One of the main changes in the revised version is a clearer structure of the ESG, making their interpretation more coherent. It also makes a more explicit link to the learning and teaching process in the section on internal quality assurance, defiining the relationship of quality assurance with other developments of the Bologna Process that have taken place since 2005. That includes processes related to qualifications frameworks and learning outcomes.

The revised version of the ESG has been uploaded to the web and is available for download here.

The European Students’ Union, headquartered in Brussels, is the umbrella organisation of 47 national unions of students from 39 European countries. ESU represents and promotes the educational, social, economical and cultural interests of students at the European level. Through its member unions, ESU represents over 11 million students in Europe. To find out more about ESU, follow us on Twitter @ESUtwt, check out or Facebook page or visit www.esu-online.org. ESU celebrated its 30th anniversary in 2012.