In September 2018, the BFUG formally established this Thematic Peer Group A on Qualifications Framework (TPG A on QF) – more specifically on Key Commitment 1: a three-cycle system compatible with the overarching frameworks of the EHEA and first and second cycle degrees scaled by ECTS – based on the interests and needs indicated by the BFUG members and Consultative members in a survey conducted during the summer of 2018.

Specific thematic indications include topics such as:

Action plan of the Thematic Peer Group A on Qualifications Framework (last update on 12.09.2019)

TPG A on QF Meetings

The members of the Thematic Peer Group met for the first time and discussed the work plan of each single country and the overall work plan of the group.

Documents and presentations of this meeting:

Documents of this meeting:

The project has two main objectives. The first one is to coordinate the work of the peer group focused on a three-cycle system compatible with the overarching framework of qualifications of the EHEA and first and second cycle degrees scaled by ECTS, monitor the progress and report to the Bologna Implementation Coordination Group. The second objective is to contribute to the peer group’s work by activities focused on national qualifications frameworks and ECTS.

The team is composed out of 3 co-chairs, from which one is an assisting country partner (not a co-beneficiary), and from 3 co-beneficiaries. The co-chairs are Kazakhstan, Czech Republic and Finland. Three countries which have had a very distinct history and development of the HE system.

And three partners, composed out of the representatives of students (ESU), rectors (The German Rector’s conference) and ministry (The Czech Republic).

As an umbrella project for the peer group A focusing on qualifications frameworks, the project is built as a series of activities (meetings, conference and peer learning activities) that provide peer group members with a platform on which they can share their experience, focus on topics of their interests and needs and benefit from mutual learning. 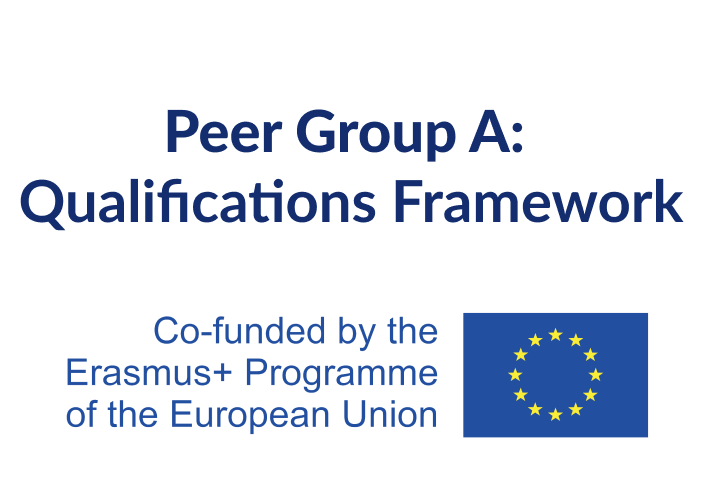