Designed to create greater transparency and comparability between different education systems, and thus facilitate student and worker mobility across the EU.

For 18 months up until April 2008, ESU was coordinating a major European Commission-funded campaign centred around the European Qualifications Framework (EQF).  The EQF is an important European Union tool designed to transform higher education in Europe and promote more outcome-based education.  Specifically, it is designed to create greater transparency and comparability between different education systems, and thus to facilitate student and worker mobility across the EU.

It is about repositioning the assessment of ‘knowledge achievement’ towards the skills, competences and attitudes of individuals rather than simply on the status of institutions and the title/level of qualifications received.  In this way, it represents a depreciation of the method of place of learning, and a consequent appreciation of the learning achieved, marking a shift from an analysis of the process to an analysis of the outcomes. The overarching goal is clear – for qualifications frameworks to narrow the gap between the worlds of education, learning and labour, and employment.

Implementation of the EQF at European level is entirely dependent on its delivery at the national level through National Qualifications Frameworks (NQFs).  This project was therefore aimed at a qualitative assessment of current progress, and at exploring the main debates and obstacles that continue to hinder the successful adoption and implementation of this framework in national contexts.  The methodology consisted of involving actors from all education sectors – a national union of students, a national union of school students, an employers association, a trade union and a higher education network – from five different countries.  These project partners were asked to lead a debate around the implementation of the EQF in their respective countries in two rounds of consultations and then to report back to the project.  The information gathered formed the backbone of the Validation Conference held in Slovenia from 21-22 April 2008, which brought together both the partners and other interested parties to draw out the main conclusions from the project.

The partners were as follows:

Some of the key challenges that lie ahead can be summarised as follows:

This also includes empowering stakeholders to contribute to the process to overcome financial and knowledge limitations which prevent many from participating meaningfully in the process. Greater awareness raising is also essential to overcome the barriers of technical language which also inhibits many stakeholders and the general public from engaging with the issue.
The full text of the Validation Conference report can be found here.

The project also consisted of an Advisory Board made up of the following organisations:

Links to a range of publications and presentations associated with the project can be found here:

Presentation – Learning Outcomes in the QF

Report from the EQF Validation Conference

The full text of the Final Report: The European Qualifications Framework from a Stakeholders’ Perspective can be found here. 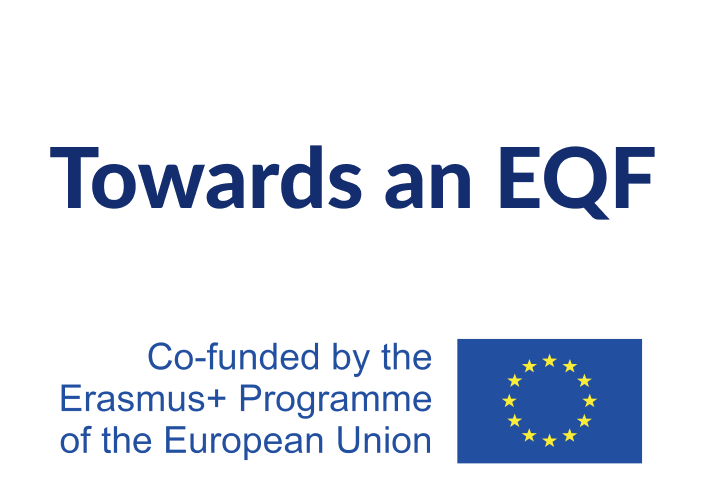