Starting from January, ESU released a campaign called #VoteForEducation to raise awareness of the students’ concerns which are tackled on their statement and calling for a massive turnout among students.

Do you want to support our demands? 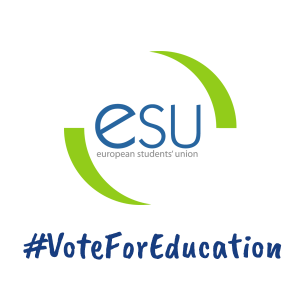